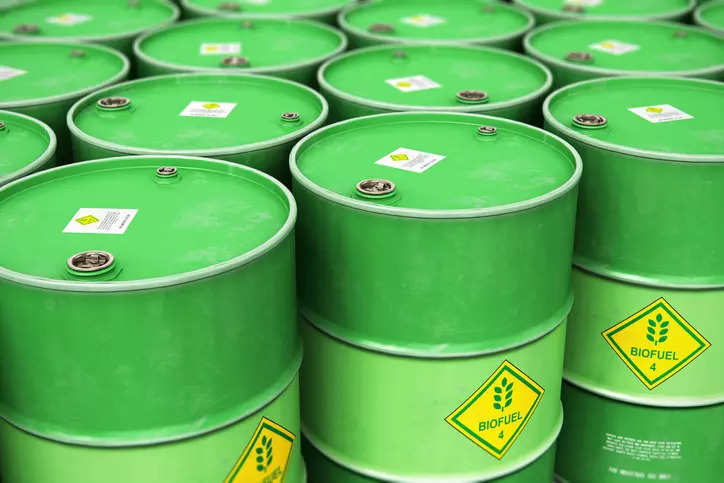 Mumbai, Union Minister Nitin Gadkari on Tuesday said India will make it mandatory for auto manufacturers to offer vehicles running 100 per cent on bio-fuels in the next six months. Such a move will be cost-effective for consumers, who are hassled by the high petrol prices, the minister said, pointing out that a litre of bioethanol costs Rs 65 as against Rs 110 paid for petrol. The alternative fuel is also less polluting and saves forex.

“We are committed to delivering vehicles with flex engine norms. We have taken a decision, we will make it mandatory by which there will be a flex-engine,” Gadkari said at an event hosted by domestic brokerage Elara Capital.

“Within six months, we will give orders for making flex engines (mandatory),” he said, adding that state-run oil marketing companies have already been ordered to offer bio-fuels at the same facilities as the one selling petrol and diesel.

The minister said consumers will have a choice between petrol and bioethanol and a switch to the alternative is also essential for the country because of the surplus production of crops like rice, maize, corn and sugar, from which bioethanol is made.

He added that in many of the crops, the minimum support price offered to the farmers is higher than the commercial price or the one in international prices, making it essential for diverting the harvest for the overall betterment of the country.

Gadkari said manufacturing of electronic vehicles is also on at a fast pace across categories and estimated that there will be a flood of such automobiles on the roads in a year.

He also said that in the next five years, he wants India to be the leading auto manufacturing hub in the world offering vehicles with all the fuels for the world. The recently launched vehicle scrappage policy will help in sourcing of raw materials, he said.

Efforts are also underway on using hydrogen as a fuel, and to tap the gas from sea water and sewage water, Gadkari said, without sharing specifics.

Meanwhile, Gadkari said the National Highways Authority of India has already been undertaking monetisation efforts through which it has raised over Rs 40,000 crore, and sounded confident about achieving the incremental target of raising Rs 1.60 lakh crore from the roads sector included in the national monetization plan announced earlier this month.

He said NHAI will raise the money either through the ‘toll-operate-transfer’ model that has been used previously or also through the infrastructure investment trust (InvITs) which is to be floated soon by the NHAI.

The minister asked long-term money managers like pension and insurance funds to come forward and invest in the issues floated by NHAI for better returns, pointing out that the overall toll collections are likely to shoot up to Rs 1.40 lakh crore per year in five years from the present Rs 40,000 crore per year.

NHAI is giving smaller bundles for monetization, which will entail commitments of around Rs 500 crore as against Rs 5,000 crore earlier, Gadkari said, reasoning that such smaller bundles attract smaller investors and also increase the returns for the authority.

He said regular monetization efforts through diverse instruments will also help the NHAI continue with its ambitious plans on road building, which includes constructing 26 express highways across the country.

Gadkari assured that in the next three years, Indian roads will be at par with the ones seen in the US or Europe from a quality perspective.

The government is also targeting to lower fatalities through a variety of interventions over time and take the number to zero deaths on highways by 2030, Gadkari said, adding that engineering, enforcement, education and emergency care services can be of help.

US deaths nearly double in 2 weeks, rise in 42 states: Updates

How do China's COVID vaccines fare against the Delta variant?

Water and oxygen from moon rocks? How Astronauts Can Survive on the Moon

How a Barber and Journaling Expert Spends His Sundays

6 Inflammatory Drinks, According to RDs