Experts on WHO team say search for COVID origins has stalled; Doctors warn against relaxing any restrictions in NSW; Queensland stops people coming from hotspots

The international scientists dispatched to China by the World Health Organization to find out where the coronavirus came from said on Wednesday the search has stalled and warned that the window of opportunity for solving the mystery is “closing fast.”

Meanwhile, a US intelligence review ordered up by President Joe Biden proved inconclusive about the virus’s origin, including whether it jumped from an animal to a human or escaped from a Chinese lab, The Washington Post reported on Wednesday.

In a commentary published in the journal Nature, the WHO-recruited experts said the origins investigation is at “a critical juncture” requiring urgent collaboration but has instead come to a standstill.

They noted among other things that Chinese officials are still reluctant to share some raw data, citing concerns over patient confidentiality.

Earlier this year, WHO sent a team of experts to Wuhan, where the first human COVID-19 cases were detected in December 2019, to probe what might have triggered the pandemic now blamed for nearly 4.5 million deaths worldwide, with more than 10,000 people a day succumbing despite more than 5 billion doses of vaccine administered. 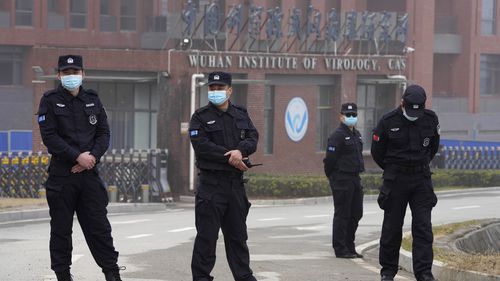 In their analysis, published in March, the WHO team concluded the virus probably jumped to humans from animals, and they described the possibility of a laboratory leak as “extremely unlikely.”

But the WHO experts said their report was intended only as a first step and added, “The window of opportunity for conducting this crucial inquiry is closing fast: any delay will render some of the studies biologically impossible.”

CDC: Most of ND, MN at high COVID transmission level

Delta variant outcompetes mu and other coronavirus strains, WHO says