Thailand gears up to eliminate malaria by 2024


Thailand is one of 8 new countries which have been recently identified by WHO as having the potential to eliminate malaria by 2025. In 1949, malaria was the leading cause of mortality in Thailand, resulting in 38 046 deaths a year. Despite resurgences
of multidrug-resistant malaria over the decades, Thailand only recorded 13 deaths in 2019.  Its success in bringing down cases of indigenous malaria – that is, the transmission of malaria within its own territory – has been notable,
so much so that the country recently verified 37 provinces as malaria-free.

With this steady progress Thailand has met the criteria for inclusion in WHO’s E-2025 initiative, a programme for countries that are on the cusp of eliminating malaria.

In order to be eligible for the E-2025, countries needed to meet a few key conditions.

Secondly, a country needed to record an annual caseload that suggests elimination is achievable by 2025. The 2836 indigenous cases recorded in 2020 indicate that this is well within reach.

Lastly, a country needed to meet basic programming requirements such as the presence of a nominated national malaria programme. In Thailand these duties fall under the Division of Vector Borne Diseases (DVBD) which also ensures that malaria is enforced
as a notifiable disease, in accordance with the 2015 Infectious Disease Act.

Dr Kiattiphum Wongrajit, Permanent Secretary for Ministry of Public Health, noted that the shift towards malaria elimination was made possible through the “launching of a cabinet-approved national malaria elimination strategy with full support
from relevant sectors, governmental and nongovernmental organizations as well as communities”. The strategy has been in place since 2017 and will guide the country’s malaria programming until 2026 which is 2 years beyond the 2024 elimination
target. 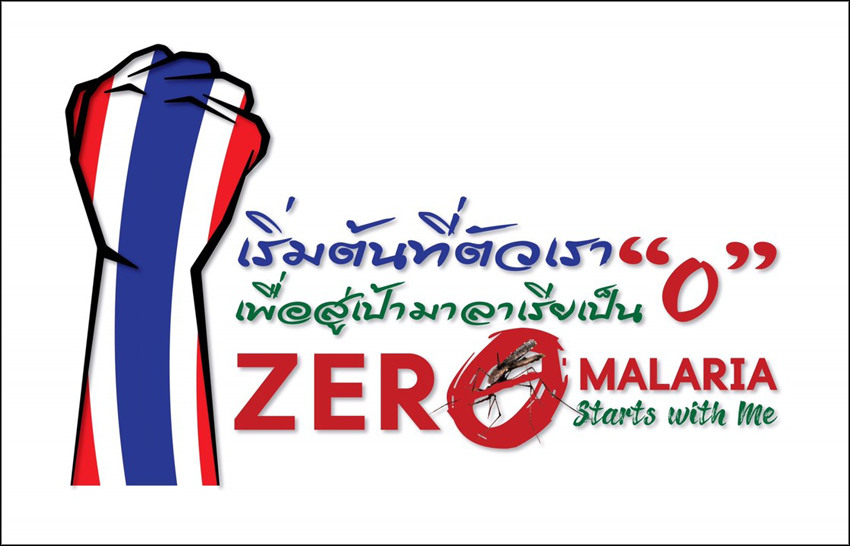 The DVBD has been indispensable in integrating malaria programming into the general health system. Malaria surveillance activities are already incorporated in the system, and work is ongoing to include malaria diagnosis and treatment. The remaining
villages (foci) with malaria cases are now concentrated in the border areas with Myanmar, Cambodia and Malaysia. All of these are in areas well served by the public health system.

“Villages with malaria transmission impressively decreased from 5547 to 1382 clusters within 5 years. This figure gives a sense of accomplishment that [and shows that] together we can eliminate malaria”, said Dr Opas Kankawinpong,
Director-general of the Ministry of Public Health’s Disease Control Department.

Malaria surveillance can be considered the cornerstone of Thailand’s effective approach. The electronic-based system has been developed and scaled up to the whole country, allowing for all sectors to accelerate their malaria elimination efforts.
This is made possible through a network of strong frontline staff and political support from key actors such as the National Malaria Steering Committee which is responsible for monitoring the implementation of malaria activities in the country.

The system generates granular information on malaria cases and affected villages (foci) which can be used for planning and monitoring malaria elimination activities. The level of detailed information captured within Thailand’s
malaria surveillance system is notable. For years it has been considered an exemplary model for other countries in the Greater Mekong subregion.

Thailand’s surveillance system collects a wide range of data such as the locations of malaria cases, their travel histories as well as the characteristics and behavior of mosquitos in villages with malaria. All of this information is used to
inform where and when to conduct activities such as insecticide-treated mosquito net distributions and indoor spraying of houses with insecticide. In the event of a spike in case numbers, it can also warn the DVBD if additional support or measures
to control an outbreak response are needed.

Thailand has also implemented the highly effective “1-3-7” surveillance strategy which dictates set deadlines for responding to malaria cases. If a case is found by health providers, they must report it in the electronic-based system by
the end of day one. By day three, an investigation needs to have been completed to determine the case’s origin and any risks of onward transmission. On the seventh day, measures will have been taken to ensure there is no further spread.
These measures include awareness raising, vector control activities as well as testing at-risk populations that live or work near the original case.

“Thailand’s National Malaria Elimination Strategy 2017–2026 introduced the 1-3-7 strategy as a robust surveillance and response approach for elimination that prioritizes timely and evidence-based action. Results from the first few
years of implementation show an impressive performance and this experience may be useful for other countries aiming to eliminate malaria in the region” explained Dr Deyer Gopinath, Medical Officer from WHO Thailand.

Thailand is the only country in the Greater Mekong subregion that was eligible for the WHO E-2025 initiative, a strong endorsement of its remarkable success in controlling and eliminating malaria in recent years. As a result of this inclusion, the
country will continue to receive specialized technical expertise from WHO’s Global Malaria Programme to achieve its 2024 national elimination goal and prevent reestablishment. This is further supported by WHO’s Mekong Malaria Elimination
programme which ensures that Greater Mekong subregion countries have a platform to share learned experiences and are joint in their efforts to eliminate malaria.

The DVBD has already voiced its intention to focus on preventing the reestablishment of malaria. Over the next year, the country will kick-off initiatives that encourage community participation through a network of village health volunteers and school-based
elimination packages. Local groups and civil society organizations will also receive support to access local resources for their own community-led interventions.

8% of people with first vaccination dose missed their second

After year with virtually no flu, scientists worry the next season could be a bad one