But the President will make a new attempt on Thursday to chart a path out of a national nightmare that is beginning to feel like a dark, repeating, permanent reality — and to prove he is the leader that can reach that elusive destination.
His speech will coincide with a frightening new dimension of the emergency, with children now representing about one in four new infections, with hundreds in hospitals, a surge that is terrifying parents and threatening in-person school. White House press secretary Jen Psaki, in an appearance on CNN’s “New Day,” acknowledged on Thursday that Americans are “frustrated” by the current state of the pandemic, and the President is going to explain what comes next.

The raging resurgence of the crisis this summer, fueled by the Delta variant of the virus, did not just sow yet more human misery — with daily deaths now averaging more than 1,500. It encroached on the widespread perception that normality — vacations, family visits, returns to the office — might be returning amid hopes of a summer of freedom earlier this year. The relapse into crisis also harmed Biden’s credibility as the President who was elected to put the pandemic in the past, since he declared on July Fourth the nation was emerging from a “year of pain, fear and heartbreaking loss” and left a clear impression that the worst was over.

But as CNN’s Chief Medical Correspondent Sanjay Gupta pointed out on Wednesday, the situation is in some ways more acute now than it was a year ago — and that takes into account the miracle of highly effective vaccines. This Labor Day, there were 3.5 times as many Covid-19 infections, 2.5 times as many hospitalizations and double the number of average daily deaths as at the same point a year ago, Gupta reported, citing figures from Johns Hopkins University and the US Department of Health and Human Services.

The pandemic hasn’t followed exactly the same surging and waning pattern as last yet. With the growing realization that earlier expectations of eliminating Covid-19 were over-optimistic, there is a need for a national reckoning and resetting of new expectations that only a President, with his megaphone and profile, can achieve. In some ways, Biden is like a wartime president girding his people for many more months of struggle. And Thursday’s speech will be closely watched to see how hard will be the truths that Biden — who said while campaigning that he would always give it to the country straight — will be prepared to share.

Given the political sensitivities, he may not be quite so blunt as emergency room doctor Megan Ranney, who offered an unvarnished diagnosis of the nation’s new reality on Wednesday.

“Covid is never going to disappear. Anyone who says we’re going to eradicate it or that it’s vanquished, honestly, they’re lying,” said Ranney, associate dean of Brown University’s School of Public Health.

“Covid is going to be around forever. We have to learn how to deal with it, and we have to make it something that is no longer as dangerous as it has been.”

The current miserable reality is clearly not all Biden’s fault. He has spent months pleading with Americans to take free, effective and ubiquitous vaccines that in most cases all but eliminate serious illness, hospitalization and death — and that millions of people have taken and used to recapture a semblance of their former lives. The fact that near deliverance from Covid-19 — barring some new vaccine-evading variant — is at hand but that millions more refuse to take advantage is a perplexing window into the nation’s vicious polarization and deep distrust of government. Even now, that toxicity is being exacerbated by politically motivated assaults on public health guidance by several Republican governors, including Ron DeSantis of Florida and Greg Abbott of Texas, who oppose masks in schools.

But Biden undoubtedly faces a political emergency since he is likely to be judged more than anything else on his handling of the pandemic and as his job approval ratings begin to erode ahead of the midterm election year.

The administration hasn’t been blameless. Recent confusion on whether booster vaccines will be available after September 20 has slightly tarnished the White House mantra that science and not politics is their guiding light. Some experts believe the US Centers for Disease Control and Prevention’s relaxation of mask wearing guidance this year — that had to be reinstated as Delta surged — was premature. And declaring partial independence from the virus on July Fourth seems to be another case — like the chaotic pullout from Afghanistan — of political timelines driving events rather than reality.

Biden’s tetchy mood and buck-passing during the Afghanistan crisis means he has an extra personal and political motive for establishing a new narrative of command over the pandemic.

While another presidential speech appears unlikely to change the minds of vaccine skeptics who doubt his legitimacy, the President could make an emotive case that getting the shots helps protect America’s kids. Research shows that most kids don’t get seriously sick from Covid-19. But if thousands are getting infected, even small percentages of serious cases quickly mount up, explaining why pediatric hospitalizations are hitting record levels. It’s becoming quite clear that there will be no return of anything like normality until vaccines are authorized for kids under 12 — a milestone that is not expected until late this year at the earliest and possibly later.

Given these disconcerting new facts, it is incumbent on the President to refocus the nation’s attention on the task ahead, to try to restore morale and to offer the kind of uncompromising truths that he promised as a candidate.

The President is expected to lay out a six-point plan, including increased testing and mask requirements, some new approaches to employer or business vaccine requirements, and booster shots for the already vaccinated, CNN’s Kevin Liptak and Kaitlan Collins reported on Wednesday.

One group of Americans particularly keen to hear from Biden will be the physicians, nurses and health workers who’ve been at the epicenter of the disaster for more than a year and who are exhausted and, in many cases, increasingly despairing at people who refuse to get vaccinated.

There is no mistaking the horror they face. In West Virginia, for example, hospitals are “inundated” according to Republican Gov. Jim Justice, who has for weeks warned his fellow citizens that declining the shot is playing a death lottery. Kentucky’s Democratic Gov. Andy Beshear told CNN’s Kate Bolduan on Wednesday that the state’s medical centers were getting to the point at which they would have to ration care owing to overcrowding.

North Carolina reported on Wednesday that it was recording a sharp increase in Covid-19 clusters among school sports teams, in another manifestation of the growing challenge to keeping in-person education on track.

The new phase of the pandemic was underscored by new data from the American Academy of Pediatrics this week showing that 26.8% — of weekly Covid-19 cases nationwide were among children. The definition of a child varies by state but generally includes those up to ages 17 or 18.

The accuracy of the data is being borne out by the experience of health workers on the frontlines like Dr. Patricia Manning-Courtney, chief of staff at Cincinnati Children’s Hospital.

“This time last year, I took great comfort in being able to tell families that I wasn’t as worried about their children, that most children didn’t get sick and children weathered this really well,” Manning-Courtney said on CNN’s “Newsroom.”

“And that has completely changed,” she said, adding a number of pediatric patients in Ohio were in ICUs and on ventilators. And while children with pre-existing conditions were most at risk, there are also some other children who are getting very ill.

“I can’t promise any family that their child wouldn’t get very ill if they happen to get Covid,” Manning-Courtney said.

The worsening plight of children was the latest, most alarming sign that the pandemic has entered a new phase. During the Afghanistan crisis, Biden described his job as making judgments others would not or could not make. He’s facing another one of those fateful moments on the pandemic. 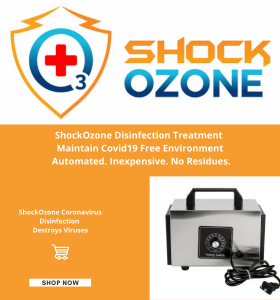