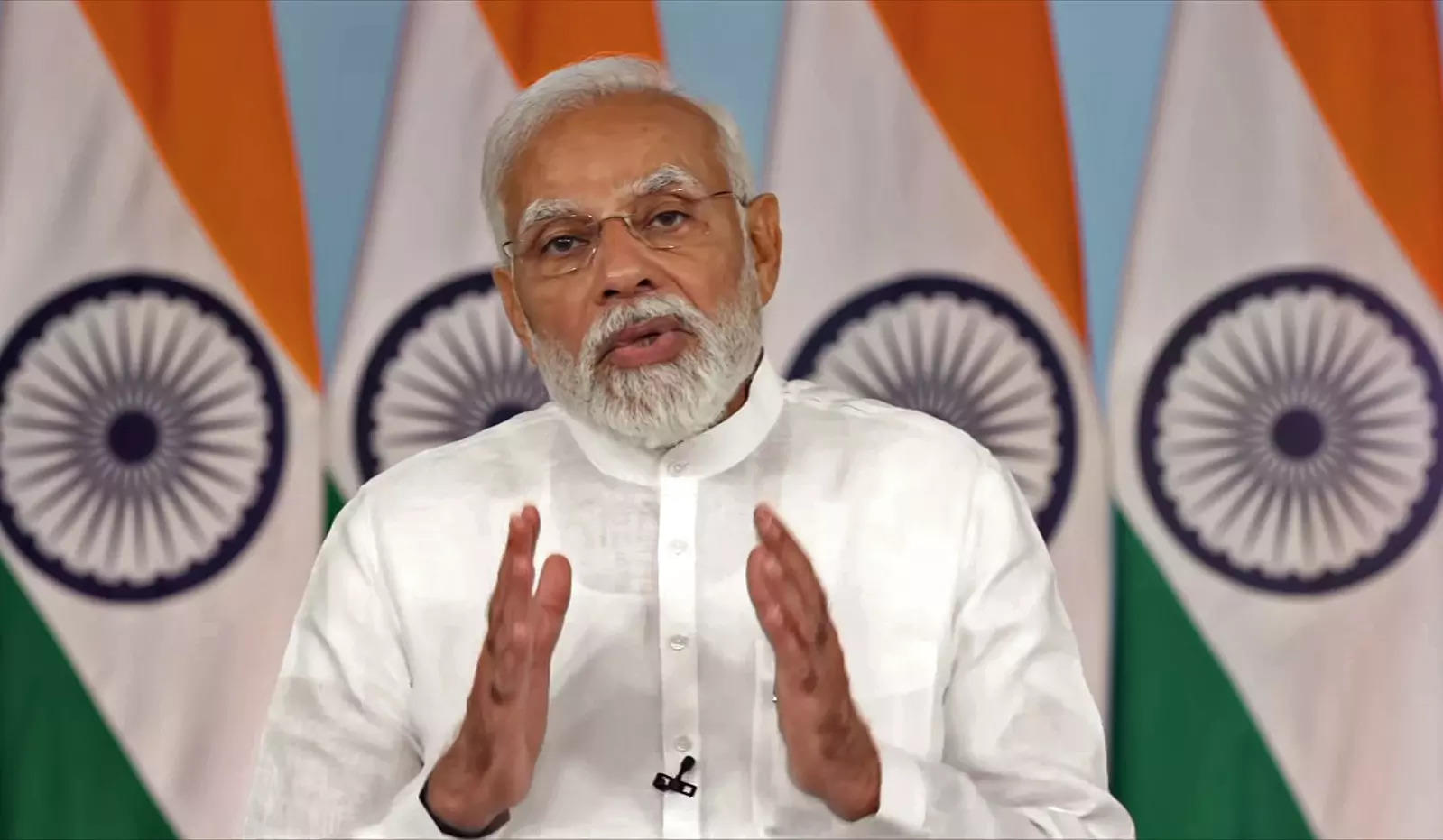 In his remarks at the opening session of the Second Global Covid virtual summit he was attending on the invitation of US President Joe Biden, he said that the Covid pandemic continues to disrupt lives, supply chains, and tests the resilience of open societies and called for building “a resilient global supply chain and enable equitable access to vaccines and medicines”.

He also said that India adopted a people-centric strategy against the pandemic and his government made the highest-ever allocation to its annual healthcare budget.

“Our vaccination programm is the largest in the world. We have fully vaccinated almost 90 per cent of the adult population, and more than 50 million children. India manufactures four WHO approved vaccines and has the capacity to produce five billion doses this year,” Modi said.

He also said that India supplied over 200 million doses to 98 countries, bilaterally and through COVAX, while also developing low-cost Covid mitigation technologies for testing, treating and data management.

“We have offered these capabilities to other countries.”

Referring to Genomics Consortium in India, Modi said that it has contributed significantly to the global database on the virus.

“I am happy to share that we will extend this network to countries in our neighborhood,” he added.

“In India, we extensively used our traditional medicines to supplement our fight against Covid and to boost immunity, saving countless lives,” the PM asserted.

He also informed that last month, the Indian government laid the foundation of WHO Centre for Traditional Medicine in India, with an aim to make this age-old knowledge available to the World.

“WHO must be reformed and strengthened to build a more resilient global health security architecture.

“We also call for streamlining WHO’s approval process for vaccines and therapeutics to keep supply chains stable and predictable. As a responsible member of the global community, India is ready to play a key role in these efforts,” he said.

The Secretary General of the United Nations, and Director General of World Health Organization and other dignitaries also participated.

Coronavirus (Covid-19) Cases in India Live Updates: Are there specific vaccines that are safer for children? WHO’s Chief Scientist reveals

Bill Gates: ‘Vaccines are a miracle. It’s mind-blowing somebody could say the opposite’ | Bill Gates