Excess mortality from COVID-19 is the highest since 1918


Excess mortality is defined as the comparison between the expected and observed mortality values. The “expected” mortality value is obtained by extrapolating observations from events that have occurred in previous years. 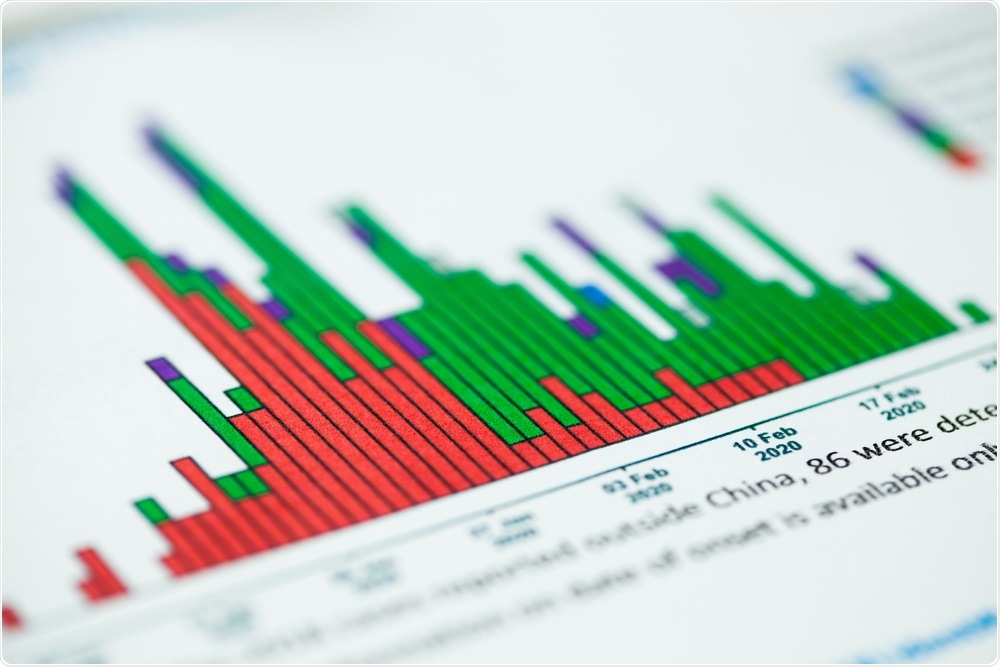 Study: Pandemic excess mortality in Spain, Sweden, and Switzerland during the COVID-19 pandemic in 2020 was at its highest since 1918. Image Credit: Cryptographer / Shutterstock.com

The utility of excess mortality estimates

Excess mortality has been used by demographers since the 1830s and can be applied both temporally or regionally. In the current coronavirus disease 2019 (COVID-19) pandemic, excess mortality is increasingly used to determine both the direct and indirect impacts of this disease. In fact, various global estimates, including those provided by the World Health Organization (WHO), show that excess mortality significantly exceeded official COVID-19 death reports by up to several million.

A recent study published on the preprint server medRxiv* provides an assessment of the ongoing pandemic, as well as other pandemic periods since the end of the 19th century, by estimating age-specific monthly all-cause excess deaths in Sweden, Switzerland, and Spain.

These three countries were well suited for contextualization of excess mortality, as continuous data from 100 years or more were available. Additionally, these countries were military neutral throughout much of this century, thereby eliminating the potentially confounding factor of war-impacted excess mortality on these estimates.

These countries were also not affected by significant territory shifts since the end of the 19th century. Another similarity between Sweden, Switzerland, and Spain is that each of these nations was highly affected by the 2020 pandemic.

In the current study, the researchers analyzed the monthly all-cause deaths, which is defined as the officially reported deaths. The earliest available year for these values was 1908, 1851, and 1877 in Spain, Sweden, and Switzerland, respectively. The end date for all three nations was December 31, 2020.

The years with high pandemic mortality (1890, 1918, 1957) were excluded from the study. Additionally, the month and age-group-specific overall death counts were estimated. Negative binomial and multinomial likelihoods were used for the two counts, whereas annual population counts were used as offsets.

The current study showed that the excess mortality counts of 2020 were much higher as compared to the 1918 influenza pandemic in Switzerland and Sweden. This was also the case for Spain when COVID-19 deaths were compared to death counts during the Spanish civil wars.

The study also showed that during the last three pandemics, high excess mortality levels were observed during the same time of the year in all three countries. However, in the case of the COVID-19 pandemic, the two waves affected each country differently.

In the 1918 pandemic, for example, young adults were found to be at a greater risk of death. Comparatively,  the COVID-19 pandemic primarily affected older adults in all three countries. 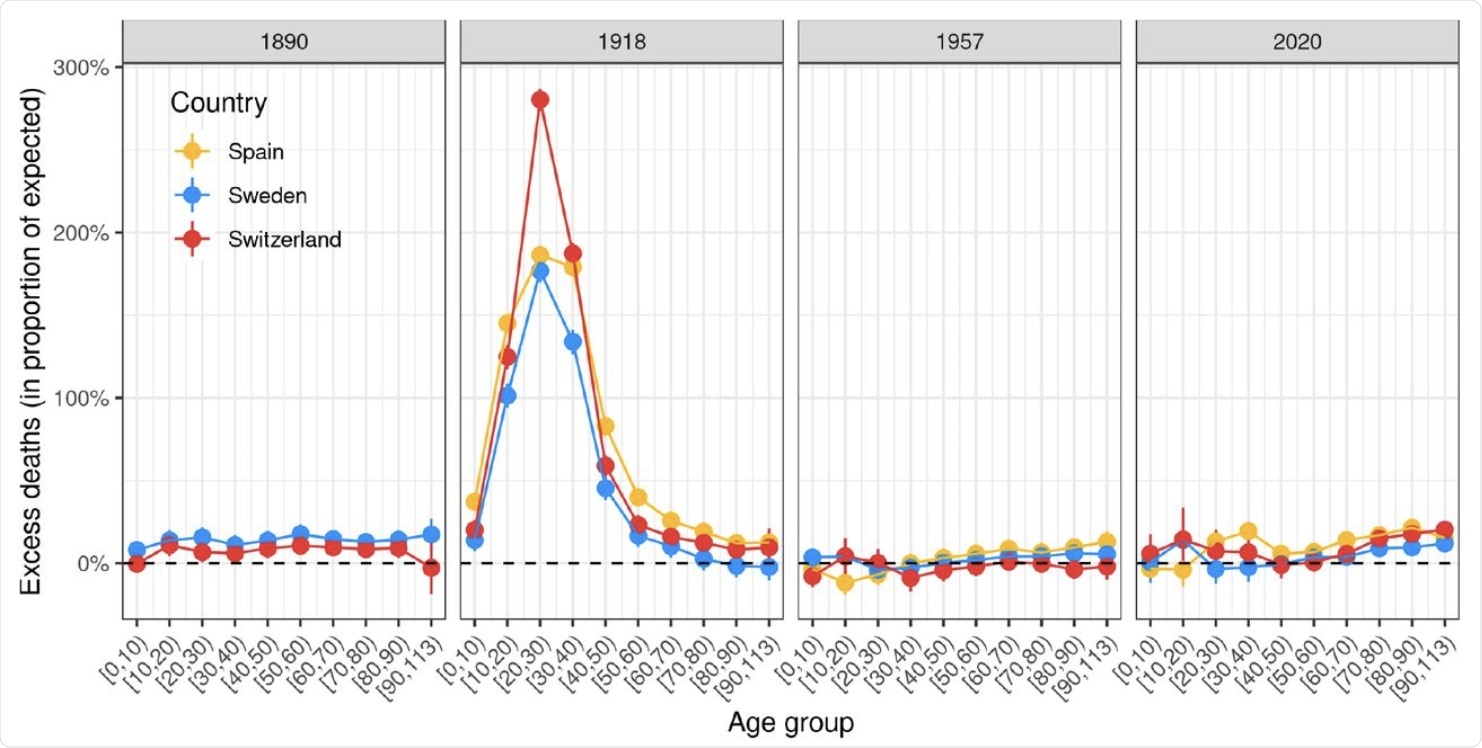 Excess all-cause deaths by age group for deadliest pandemic years 1890, 1918, 1957, and 2020 for all 3 countries. The number of excess deaths with 95% credible intervals are scaled by the number of expected deaths in each age group.

Taken together, the researchers found that while there are parallels that can be drawn between the current pandemic and previous outbreaks, these comparisons with prior pandemics should be made cautiously.

Notably, age, sex, and cause-specific monthly death statistics were not available for several years of the 20th century. The impact of the civil war in Spain was also not completely quantified. An additional limitation of the current study is that not all religions from the three countries were equally affected by COVID-19, which may hide regional nuances.

“Following the evidence on excess mortality, the 2020 pandemic led to the second largest demographic disaster in over 100 years in the three countries we studied. Looking beyond these 3 countries to other European ones shows that such excess mortality in 2020 was by no means inevitable.”

How Dangerous Is the Delta Variant? Here’s What the Science Says

J&J Engaging With FDA, CDC Regarding Data on Vaccine Boosting

Afghanistan’s healthcare system on brink of collapse, as hunger hits 95 per cent of families |