Editor’s Note: POLITICO Pulse is a free version of POLITICO Pro Health Care’s morning newsletter, which is delivered to our subscribers each morning at 6 a.m. The POLITICO Pro platform combines the news you need with tools you can use to take action on the day’s biggest stories. Act on the news with POLITICO Pro.

— States are warning their hospitals are once again at risk of being overrun, amid a resurgence of coronavirus cases across the nation.

— The race for a Covid-19 vaccine has thrust an obscure panel of health experts charged with evaluating potential vaccines into the public eye.

WELCOME TO FRIDAY PULSE — where we’re sending our deepest condolences to the family and friends of Deborah Roseman.

LET’S TALK ABOUT INEQUALITIES IN HEALTH CARE: We’re hosting an Oct. 29 virtual town hall on the policies and public health solutions needed to solve racial inequalities in the U.S. health care system – and we want your stories to help shape that conversation. Submit a 45-second video sharing your thoughts and we may feature it in our town hall and invite you to join our private Zoom discussion afterward to continue the conversation.

A message from the Healthcare Distribution Alliance (HDA):

As the logistics experts of healthcare, distributors are technology innovators, information management experts, security specialists and efﬁciency professionals who ensure the safe and reliable delivery of medicines across the country. This provides millions of patients with efficient and affordable access to more than 4 billion prescription medicines each year.

TAKEAWAYS FROM THE SPLIT-SCREENED TOWN HALLS — In flipping channels between Donald Trump and Joe Biden’s simultaneous town halls Thursday night, you’d be forgiven for wondering if the two candidates were also on different planets.

On Trump’s Earth, the coronavirus is nearly defeated, the pandemic response was run to near-perfection and a stunning economic recovery is already underway. On Biden’s Earth, the nation faces a deepening crisis, waning credibility and an economic hole that can only be fixed by months of hard work and dogged adherence to the public health community’s best advice.

The only point of agreement between those two realities? Both candidates say a brighter future is only possible with them in charge.

— The town halls offered a stark contrast of the choice on health care come Election Day. Trump steamrolled through his hour, leaning once again on his eight-month-old decision to restrict some travel to the U.S. as evidence of his success in managing the pandemic. He touted the eventual arrival of Covid-19 vaccines and promised to take another shot at repealing Obamacare in a second term — without offering any replacement plan outside of his oft-repeated vow it would end in “great health care.”

Biden, by contrast, boiled his platform down to a simple proposition: to make the White House predictable again. In winding answers, the Democratic nominee made few grand proposals, sticking instead to basic pledges to follow scientific recommendations and endorse consistent public health messaging — and a bet that he’ll be the one person able to bridge the widening partisan divide.

— Of course, Trump and Biden’s realities are one and the same, and the hard truth is that the pandemic is trending the wrong way once again. Pressed on his handling of the crisis on a night where total U.S. cases neared 8 million, Trump made clear his approach isn’t changing — and made most of the night’s news.

The president wouldn’t say whether he was tested before Sept. 29’s presidential debate, insisting that he couldn’t remember. He waved off the suggestion that his subsequent Covid-19 case might change his stance on mask wearing, arguing instead that there are “two stories” on whether they’re necessary (scientifically, there are not). But Trump did admit that the disease may have left his lungs a “little bit” infected — an issue his doctors had previously declined to address.

And on the strategy of herd immunity — which expert warn could cause many more deaths — Trump declined to rule it out, insisting only that “the cure cannot be worse than the problem.”

HOSPITALS ARE RUNNING OUT OF ROOM, AGAIN — The coronavirus is once again engulfing big-city hospitals across the country — and the situation may only get worse as daily highs for new infections rise sharply, POLITICO’s Dan Goldberg reports.

It’s a grim replay of the pandemic’s early months, with governors racing to flatten the curve over worries the health system could be overrun. Several states are now taking extreme measures to boost capacity, with Wisconsin opening a field hospital just ahead of Trump’s planned visit on Saturday.

Utah Gov. Gary Herbert, meanwhile, has put the National Guard on standby in case his state, too, needs a field hospital.

— Where else the coronavirus is flaring up: Parts of Mississippi, New Mexico, Oklahoma, Texas and Wyoming are all facing similar challenges, with Colorado also seeing concerning trends.

That rise in cases appears to be driven in large part by the colder weather pushing more people to gather indoors. On Thursday, new daily cases exceeded 62,000 for the first time since the summer.

MEET THE ‘NERDY VIROLOGISTS’ CORE TO THE COVID VACCINE HUNT — The race for a vaccine is shining a rare spotlight on a panel of experts who will be key to determining how quickly the public gets access to a Covid-19 shot, POLITICO’s Sarah Owermohle reports.

The Vaccines and Related Biological Products Advisory Committee will hold its first meeting in less than a week, during which it’s likely to work through some of the thorniest and most fundamental questions facing the Trump administration’s effort to develop and distribute a viable vaccine.

The committee’s decisions aren’t binding, but the FDA has emphasized its influence repeatedly as evidence the agency is prioritizing science and data, not politics.

— What to expect: These kinds of meetings are typically dry, weedy affairs. But the stakes of the pandemic mean there’ll likely be a record crowd on Oct. 22 hanging onto every one of the panelists’ words.

The group expects to cover critical questions such as when a vaccine can truly be declared safe and where to set the bar for efficacy. The experts may also discuss the need for diversity in clinical trials, and what effect the emergency authorization of the first coronavirus vaccine could have on competing vaccine trials.

The policy will cover an estimated 65,000 more people — but that’s far fewer than the nearly half-million who would be added to Georgia’s Medicaid rolls under a full expansion.

— Georgia didn’t get everything it wanted. The Trump administration will not let the state receive enhanced funding for its partial expansion, a decision in line with its denial of a similar plan from Utah last year.

— Also in progress: an overhaul of Georgia’s individual market. State and federal officials are nearing an agreement on an unprecedented plan to eliminate the state’s Obamacare exchange and allow the private market to conduct enrollment entirely — a change that would likely draw legal challenges.

Georgia has the nation’s third-highest uninsured rate, along with one of the highest exchange enrollments in the country. 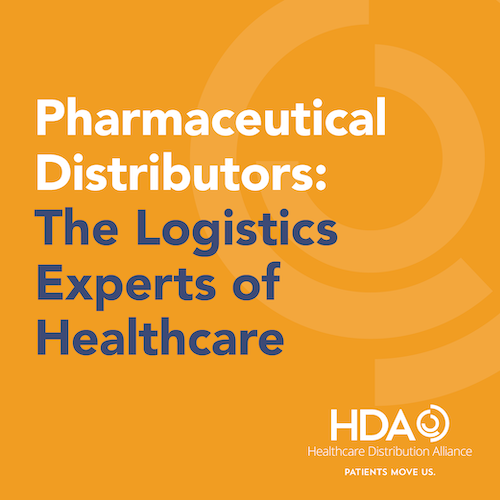 KAISER POLL: BIDEN HAS CLEAR LEAD ON HEALTH ISSUES — The Democratic nominee holds an advantage over Trump on all eight health care issues surveyed as part of the Kaiser Family Foundation’s latest tracking poll — including a 20-point advantage when it comes to who is better suited to determine the future of Obamacare.

Voters also trust Biden more on issues that Trump has tried to make core to his own health agenda, including “surprise” medical bills (52 percent say Biden has the better approach, versus 37 percent for Trump) and drug prices (50 percent to 43 percent).

— Support for Obamacare is rising again. Roughly 55 percent now view the law favorably, up from 49 percent last month and equal to its highest ever approval rating.

A majority surveyed by Kaiser also said they did not want the Supreme Court to strike down Obamacare in its entirety, with 79 percent specifically against overturning its protections for people with pre-existing conditions.

A message from the Healthcare Distribution Alliance (HDA):

Distributors have spent years building relationships across the pharmaceutical supply chain and optimizing systems to efficiently and effectively deliver medicines to where they need to go. Throughout the coronavirus pandemic, distributors have leveraged their strong relationships, past experience and logistics expertise to support healthcare providers on the frontline as well as manufacturing partners who are working to find vital treatments and produce critical product.

HDA members have the skill and the knowledge to manage a complex supply chain during challenging times. Distributors are committed to doing their part to support national response efforts in coordination with the public sector, while continuing to meet the daily healthcare needs of all Americans.

Learn more about how the industry has responded to COVID-19.

WHO TRIAL FINDS LITTLE BENEFIT FROM REMDESIVIR — A multicountry trial coordinated by the World Health Organization found that the widely used coronavirus treatment did not reduce the risk of death or length of hospital stay for Covid-19 patients, POLITICO’s Zachary Brennan reports.

The results contradict earlier studies that remdesivir and three other antiviral drugs can substantially reduce coronavirus deaths, the trial’s researchers argued. But that drew immediate pushback from Gilead, which makes remdesivir and countered that the new data had not yet been properly reviewed.

The WHO trial was conducted at 405 hospitals across 30 countries, and involved more than 11,000 adults hospitalized with Covid-19 cases.

ProPublica’s James Bandler, Patricia Callahan, Sebastian Rotella and Kirsten Berg provide an exhaustive, in-depth look at what went wrong inside the CDC over the past nine pandemic-ridden months.

As he recovers from Covid-19, Trump adviser Chris Christie told The New York Times’ Maggie Haberman that he was “wrong” not to wear a mask at the White House.

Chronic stress from the coronavirus pandemic is manifesting in a variety of symptoms for otherwise healthy people, Kaiser Health News’ Aneri Pattani reports.

In The Atlantic, the collective at the Covid Tracking Project write that the U.S. is in the midst of a third surge of coronavirus cases.