The World Health Organization is reporting a record one-day rise in COVID-19 cases.

On Sunday, the global healthy agency reported nearly 308,000 people tested posited for the virus in a 24-hour period.

That brought the worldwide total to more than 28-million cases.

Dr. Shailey Prasad at the University of Minnesota Center for Global Health and Social Responsibility says “pandemic fatigue” is likely one of the biggest factors in this 2nd wave of new cases.

Some other factors may be a backlog of testing in some countries.

Children going back to school may also be a factor.

He says there is also the theory that some countries are still ramping up their testing capabilities and that may be skewing the numbers a little bit.

RELATED: Here are the coronavirus cases confirmed in MN, WI

“That may be happening, but many of the countries that are seeing more cases have had testing in place for a while now. Take Spain for example, they’ve been able to test large numbers of people long before this,” Dr. Prasad says.

Besides the United States, two other countries that are contributing to this worldwide increase of new cases are Brazil and India.

On Sunday, Indian officials reported nearly 92,000 new cases, that’s more than twice as many as the U.S. over the same 24-hour period.

Europe is also seeing a big jump in new cases.

France reported a new single-day record with more than 10,000 new cases on Saturday.

Great Britain is also seeing a bump in new cases.

However, Israel is the country that’s capturing worldwide headlines this week.

Israeli leaders announced a second lockdown will go into effect later this week.

Israel will become the first country in the world to shutdown twice during the pandemic.

Dr. Jeremy Youde, a global health expert at the University of Minnesota-Duluth, says Israel’s new shutdown will be more extreme than others we saw earlier in the pandemic.

“They’re closing things down significantly, putting really big restrictions on how many people can gather. They’re also saying you need to stay within a very tight radius of your home, because they’re not sure about how the disease is being transmitted.”

Some countries, however, are doing surprisingly well right now. 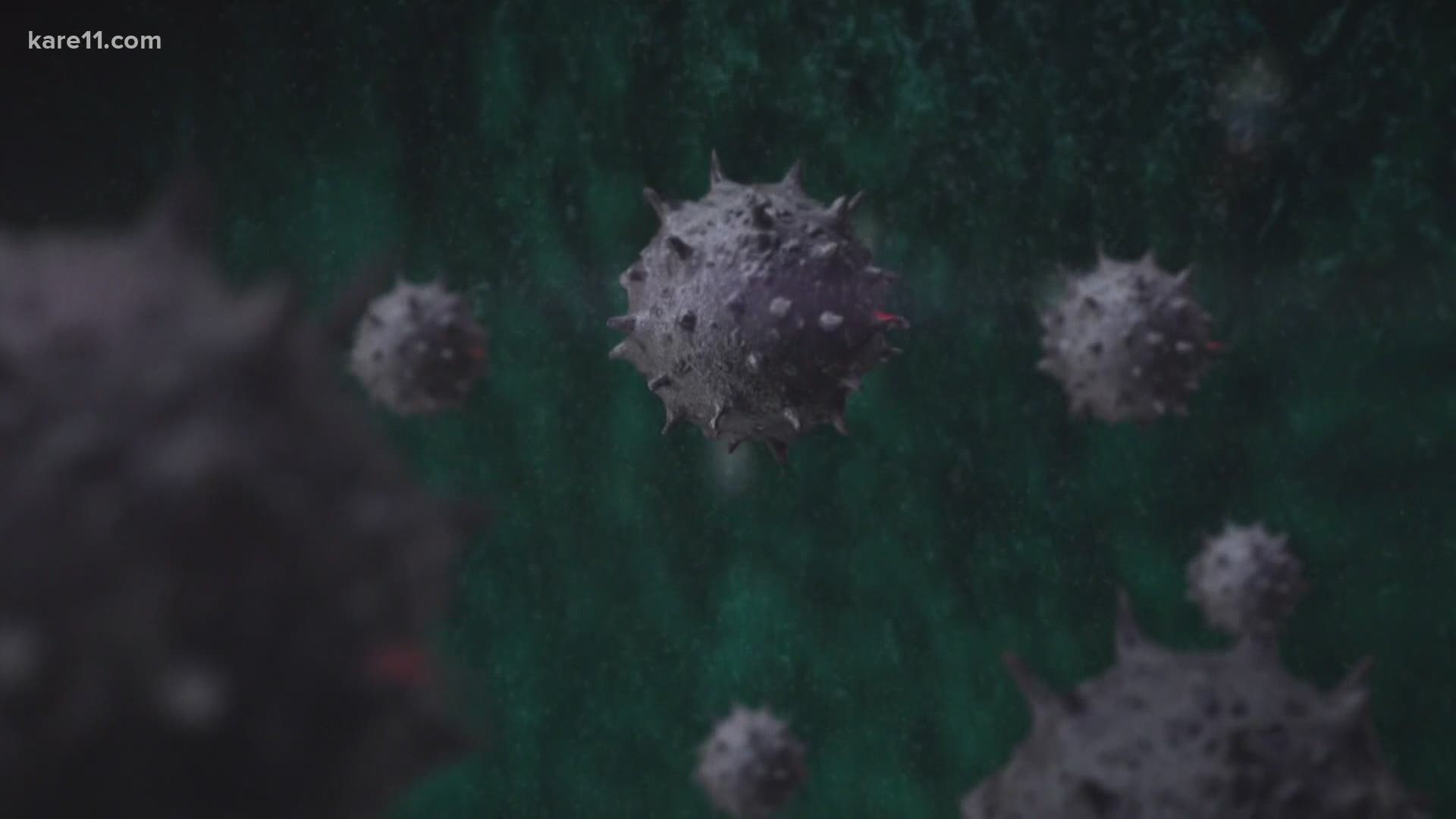 He says a common factor in those countries and others is the virus hasn’t turned into a political issue.

“All of the parties are coming together and saying,’Yep, this is something we have to address.’ That has given these countries a bit more flexibility to maneuver,” Dr. Youde says.

He says many of the countries in Africa have dealt with several other outbreaks in the past that may have helped them prepare for COVID-19.

Back home in the United States, the Midwest is seeing some of the highest numbers in the country right now.

Wisconsin set a new daily record Sunday with more than 1,500 new cases, according to the Wisconsin Department of Health Services.

North and South Dakota are also seeing some of the highest positivity rates in the nation.

There is some good news here in Minnesota.

On Monday, the Minnesota Department of Health reported the lowest hospitalization numbers due to COVID-19 since July.

According to health officials, 233 Minnesotans are currently hospitalized with the virus.

KARE 11’s coverage of the coronavirus is rooted in Facts, not Fear. Visit kare11.com/coronavirus for comprehensive coverage, find out what you need to know about the Midwest specifically, learn more about the symptoms, and see what businesses are open as the state slowly lifts restrictions. Have a question? Text it to us at 763-797-7215. And get the latest coronavirus updates sent right to your inbox every morning. Subscribe to the KARE 11 Sunrise newsletter here. Help local families in need: www.kare11.com/give11.

The state of Minnesota has set up a data portal online at mn.gov/covid19.