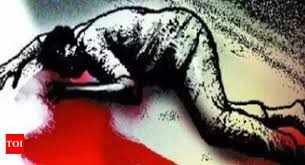 Agra, Aug 20 : A medical officer was arrested from Uttar Pradesh‘s Jalaun district for allegedly killing a 26-year-old female doctor of the S N Medical College in Agra, officials said on Thursday. Yogita Gautam‘s body was found with injury marks along an isolated road stretch in Agra’s Dauki area on Wednesday morning and her identity ascertained in the evening, the officials said.

Accused Vivek Tiwari, who was a senior of Gautam at their medical school in Moradabad, had been harassing her and allegedly pressuring her into marrying him, according to officials.

“Dr. Yogita Gautam, pursuing MD at the S N Medical College here, went missing on Tuesday and her mobile phone was not reachable after which her family approached the local police station and an FIR was lodged,” Senior Superintendent of Police, Agra, Babloo Kumar said.

“The family alleged in the complaint that Dr. Vivek Tiwari, currently medical officer at Jalaun Medical College, would often call her, harass and threaten her,” Kumar said.

He said the Agra Police tied up with their counterparts in Jalaun district, leading to the arrest of the accused doctor.

Kumar said there were visible injury marks on Gautam’s head and neck and other “struggle marks” which have been recorded.

The body has been sent for post mortem, he said, adding the accused was being interrogated and all facts of the case would be unveiled soon. KIS

The latest on the coronavirus outbreak for August 20