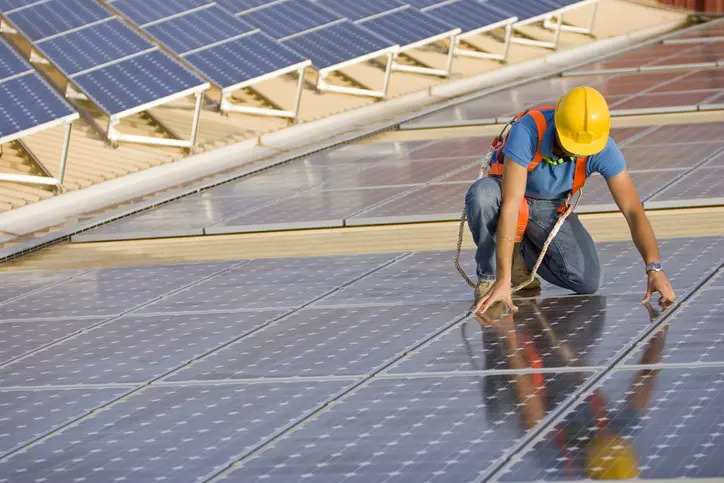 New Delhi: The International Solar Alliance (ISA) has established an investment advisory committee and has partnered with Nordic institutional investors to mobilize USD 1 trillion for investment in solar energy by 2030.

“ISA announced the establishment of an Investment Advisory Committee composing of leading institutional investors, including multilateral and commercial organizations, to guide ISA on its objective of mobilizing investments of USD 1 trillion in solar energy by 2030 to address Energy Access, Energy Transition, and Energy Security at global and national levels,” an ISA statement said.

The advisory committee’s efforts will inform and direct partnerships that ISA establishes to achieve the USD 1 trillion solar investment target, such as the new partnership it is announcing with Denmark’s Investment Fund for Developing Countries (IFU), CONCITO, and World Climate Fund, it stated.

The vision of the partnership is to translate this goal into real investments on the ground, engaging investment and finance – initially focusing on the Nordic countries – to mobilize more private finance for solar energy in emerging markets and developing economies, it added.

Their guidance, as well as the partnerships with IFU, CONCITO and World Climate Fund will help us unearth opportunities and establish the conditions that facilitate an expanded flow of institutional capital into solar energy, he said.

The new ISA partnership will build on the Solar Investment Action Agenda released at COP26, and on ISA’s ongoing efforts with the World Resources Institute (WRI), Bloomberg Philanthropies and BloombergNEF to develop a Solar Investment Roadmap to be launched in 2022.

Will the future of global health rely upon addressing air pollution?

Are Tears Good for Your Skin? Here’s What Experts Say