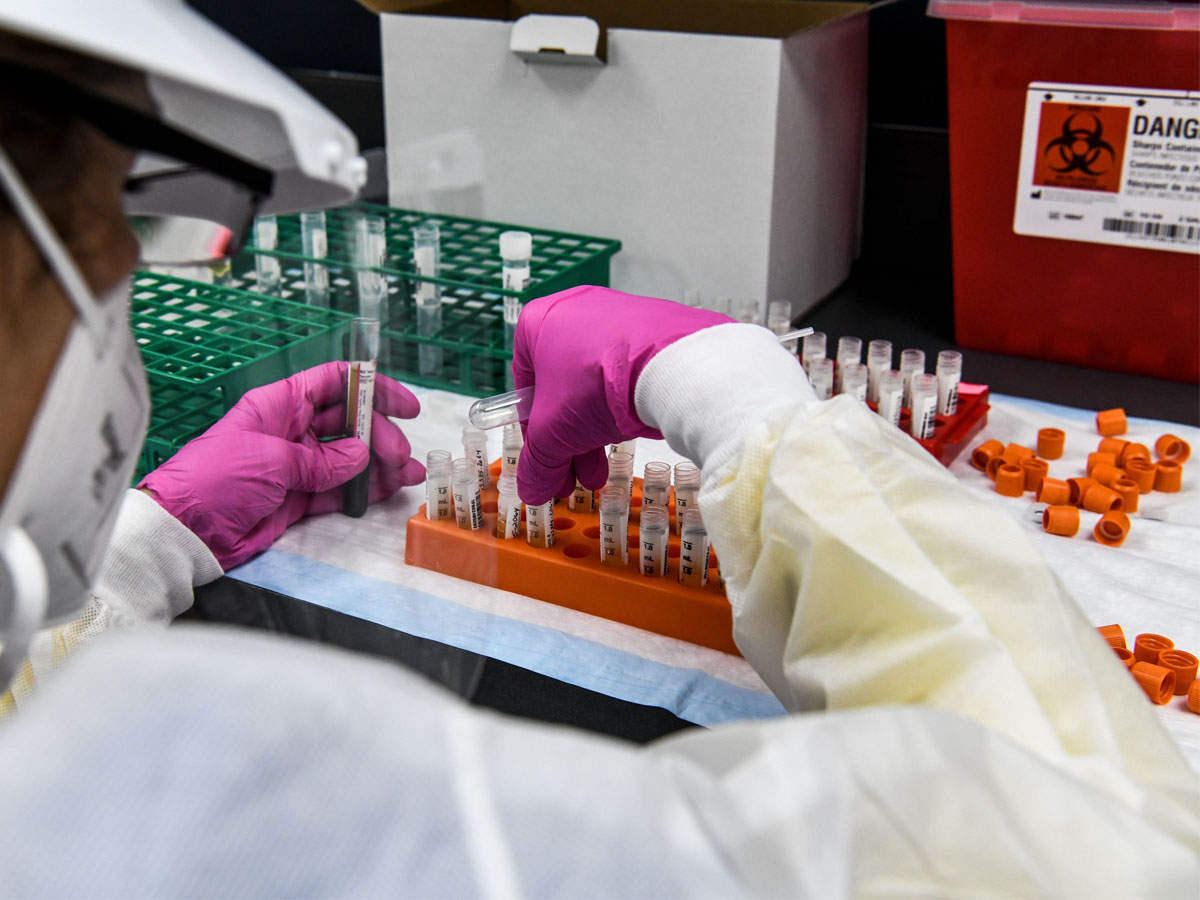 NEW DELHI: India now has the fastest-growing coronavirus caseload of any country in the world, reporting more than 75,000 new infections per day.

Crowded cities, lockdown fatigue and a lack of contact tracing have spread Covid-19 to every corner of this country of 1.3 billion people. This week, the authorities said that one-sixth of a tiny tribe on a remote, coral-fringed island had come down with the virus.

Health experts say the virus reproduction rate is ticking up as more state governments, desperate to stimulate an ailing economy, are loosening lockdown restrictions, which is spreading the virus further.

“Everything right now is indicating toward a massive surge in the caseload in coming days,” said Dr. Anant Bhan, a health researcher at Melaka Manipal Medical College in southern India. “What is more worrying is we are inching toward the No. 1 spot globally.”

During the strict lockdown that held from late March to late May, most of India’s Covid-19 cases were concentrated in urban areas, Dr. Bhan said. But as restrictions on interstate travel were eased, many people started moving from the cities to rural areas, bringing the virus with them.

Some public hospitals have been so overwhelmed that doctors have had to treat patients in the hallways. In some cases, people in critical condition have no place to get help, even if they don’t have the coronavirus.

One woman in the New Delhi area who was going into labor was turned away from eight hospitals in 15 hours. She died in the back of an ambulance, in her husband’s arms.

More than 60,000 Indians have died from Covid-19, and India will soon have the third-largest death toll, after the United States and Brazil. Its overall number of reported infections is already the world’s third-highest.

India has reported more than 3 million total cases, and its day-to-day increase is now substantially higher than that of either the United States or Brazil, which have reported between 40,000 to 50,000 new infections per day in recent days.

Per capita, however, India has had far fewer deaths than those two countries and many others, which doctors say reflects the country’s younger and leaner population. Older people and those who are obese are believed to be more vulnerable to Covid-19. Some experts wonder, though, if Indian government agencies are unaware of many Covid-19 deaths or are intentionally underreporting them to keep the public from panicking.

One reason the country is reporting such a steep rise in infections now is simply that it is testing more. India performs nearly a million tests a day, compared with 200,000 a day two months ago.

So far, the biggest contributor to the new caseload and deaths is the western Indian state of Maharashtra, home to the commercial capital of Mumbai. That one state has accounted for at least 34 percent of deaths in the past 14 days. More than 23,000 people with Covid-19 have died there.

In Mumbai, where millions live in tightly packed slums — in some cases, eight or 10 people to a room — the highly contagious virus has proved difficult to stamp out. It has swept through slums like Dharavi, an industrious, vibrant, endless warren of tiny alleyways and boxlike homes stacked on top of each other.

In a 24-hour period this week, Maharashtra, which has a population of 120 million, recorded 355 deaths. The positivity rate, which measures the percentage of coronavirus tests that come back positive, of Maharashtra’s health care workers has become one of India’s highest, at 15 per cent.

India is now reporting around 1,000 Covid-19 deaths every day. Officials said on Friday that more than 73 percent of the new cases were coming from 10 of India’s 28 states. The worst-hit are Maharashtra, Tamil Nadu, Karnataka, Telangana and Gujarat.

Like anywhere else, the response to the virus has varied greatly from community to community. Doctors said that India’s northeastern states, where religious community groups have led door-to-door awareness campaigns, have fared better than many other parts of the country.

Thekkekara Jacob John, a former head of clinical virology at Christian Medical College in the southern state of Tamil Nadu, said India was heading toward a peak in September.

He complained that the government had not followed a careful exit strategy from its strict lockdown, and that many people had grown tired of staying in their houses for so long and were ignoring the rules about social distancing.

“Now they think it is better to get the virus than to stay hungry inside,” Dr. John said.

He said some parts of India had entered the widespread transmission stage.

“The real test of this country’s health care infrastructure will be in the rural areas of India.” he said. “The biggest worry is that even the tribals of this country have been infected.”

On Thursday, authorities in the Andaman and Nicobar Islands in the Bay of Bengal said they had found at least 10 cases of the virus among the endangered Greater Andamanese tribe, one of five vulnerable tribes living in the Andamans.

The islands are Indian territories, and Indian health officials said that after six members of the tribe tested positive a few weeks ago, medical workers carried out testing of all 60 or so members and found four more positive cases.

One resident of Port Blair, the Andamans’ capital, said there were fewer than 100 beds for Covid-19 patients and only a handful of ventilators. The resident shared pictures of the inside of a Port Blair hospital, which showed piles of wet garbage clogging the hallways.

India strictly monitors access to its Indigenous tribes, which have protected status. The small groups living in the Andaman and Nicobar Islands are some of the most carefully guarded.

“When a tribal group gets affected,” Dr. John said, “that means the virus is everywhere.”

Mexico president tries to shoo away crowds as virus persists