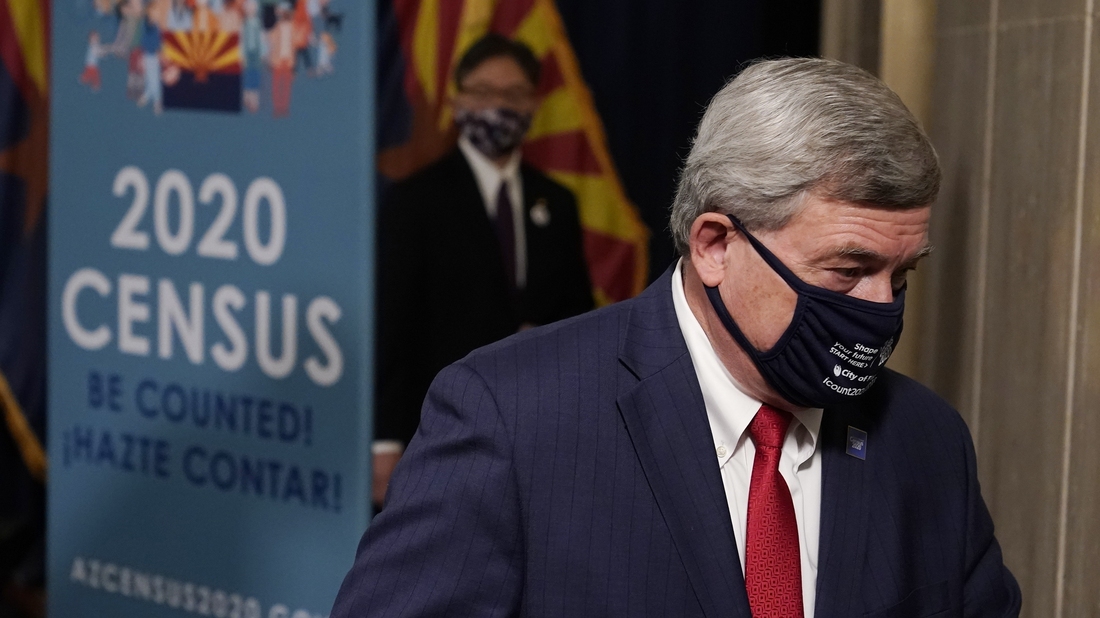 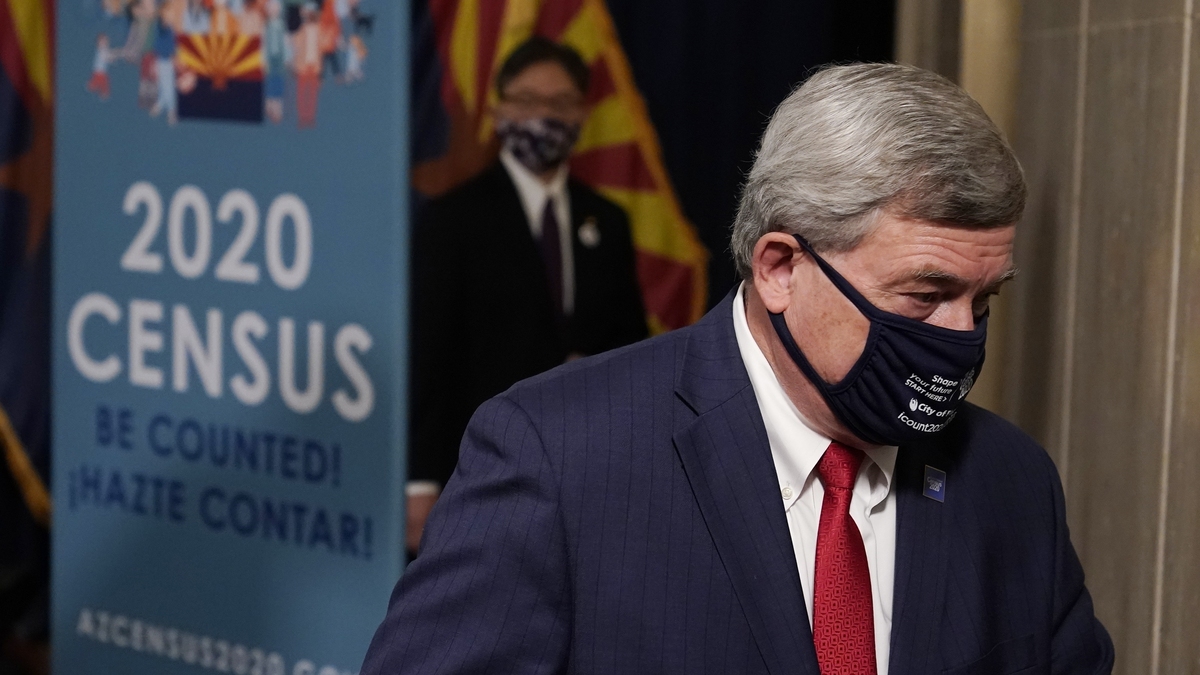 President Trump said it was a “situation that has to be.”

A month after he declared the coronavirus pandemic a national emergency, Trump explained from behind the podium of the White House press briefing room on April 13 that the 2020 census had to be given more time.

The public health crisis had overshadowed the once-a-decade head count of every person living in the U.S. After the census officially kicked off in January in a remote fishing village in Alaska, its nationwide rollout on March 12 — the day after the World Health Organization officially declared COVID-19 a pandemic — was upended as growing outbreaks and stay-at-home orders made promoting the census in person and preparing to deploy door knockers and other workers to neighborhoods around the country virtually impossible.

Instead, the Census Bureau postponed many of its long-developed plans for tallying a highly influential set of numbers used to determine each state’s share of political representation and an estimated $1.5 trillion a year in federal funding for the next 10 years.

“So the census, we’re going to be asking for a delay, a major delay,” Trump said during his then-daily press conference from the White House.

Hours earlier the same day, Commerce Secretary Wilbur Ross, who was appointed by Trump to oversee the bureau, made that ask to Congress. Ross told lawmakers during a last-minute conference call that the administration needed an extraordinary change — a 120-day extension to the legal deadlines for reporting the results of the constitutionally mandated count.

“They have to give it,” Trump said with a shoulder shrug during the news conference. “I think 120 days isn’t nearly enough.”

Congress has yet to give any deadline extension. For more than three months, however, the bureau moved ahead with a longer census schedule assuming that support from Capitol Hill would come — until the administration made a mysterious about-face in July.

Here are the key moments leading up to that decision to cut the census short — a change that increases the risk for serious errors, landed the administration in two ongoing legal fights and pushed what could be the final days of counting deeper into chaos:

April 13: The Census Bureau announces an extended census schedule that pushes back the end of counting from July 31 to Oct. 31. Ross and the bureau’s director, Steven Dillingham, say in a joint statement that to “ensure the completeness and accuracy of the 2020 Census,” the agency is asking Congress for 120-day extensions to legal reporting deadlines, including Dec. 31 for the latest state population counts used to reapportion seats in the House of Representatives among the states. After Ross informs lawmakers by phone about this request, Trump publicly supports the plan during a White House press conference.

May 15: The Democrat-controlled House passes extensions for census reporting deadlines in a coronavirus relief bill.

May 26: “We have passed the point where we could even meet the current legislative requirement of Dec. 31. We can’t do that anymore,” Tim Olson, the bureau’s associate director for field operations, says during a webinar organized by the National Congress of American Indians. “We’ve passed that for quite a while now, so we’re hopeful Congress will take action.”

May 27: Rep. Carolyn Maloney of New York leads a group of fellow Democrats in introducing a House bill that grants deadline extensions.

June 23: A companion bill in the Senate is introduced by a group of Democrats led by Sen. Kamala Harris of California. On the same day, the bureau announces the Trump administration is adding two new political appointees to the agency — Deputy Director for Policy Nathaniel Cogley and Adam Korzeniewski, a senior advisor to Cogley — raising concerns among Democratic lawmakers and the country’s largest professional association of statisticians.

July 8: Asked by NPR about what the bureau would do if Congress does not extend the deadlines, Al Fontenot, the bureau’s associate director for the 2020 census, confirms at a news briefing: “We are past the window of being able to get those counts by those dates at this point.”

July 9: Fontenot says that based on conversations with House and Senate members across party lines, there is “pretty much universal understanding and acceptance that they need to grant us the extensions that we’ve requested.” “It’s not as though some portion of one party is adamantly against that,” Fontenot says during a webinar organized by the Population Association of America. “It seems they just have to get it in the right bill with the right constraints attached to it and get it passed.”

July 14: The bureau decides to expand early door-knocking efforts among all local census offices that “could meet the safety, health, and staffing requirements” ahead of the then-planned Aug. 11 nationwide rollout as bureau officials’ “concerns grew over lack of action” from Congress on deadline extensions, according a sworn statement by Fontenot filed later for a lawsuit.

July 17: The Politico Playbook newsletter reports the Trump administration is “likely to issue an executive order today seeking to ban undocumented immigrants from being counted in the census.”

July 21: Despite the 14th Amendment’s requirement to include the “whole number of persons in each state,” Trump issues a memorandum calling for unauthorized immigrants to be excluded from the census numbers that are used to reallocate House seats among the states and are currently due to the president by Dec. 31. The New York Times reports the White House asked Congress last weekend for $1 billion in the latest coronavirus relief package to conduct a “timely census,” which an administration official later tells NPR means that it’s delivered within the statutory timeline.

July 27: As part of the Republican proposal for coronavirus relief, Sen. Richard Shelby of Alabama introduces a bill that provides $448 million for the census but no deadline extensions.

July 29: Census Bureau Deputy Director Ron Jarmin informs Fontenot that Ross has directed the bureau to come up with a plan by Aug. 3 to “accelerate” census operations in order to meet the Dec. 31 reporting deadline, according to Fontenot’s sworn statement for a lawsuit.

July 30: NPR confirms the bureau is cutting door-knocking efforts short to end a month early on Sept. 30. On the same day, Fontenot instructs the bureau’s senior career managers working on the census to start to formalize a plan to meet the Dec. 31 deadline. Fontenot and Ali Ahmad, a Trump appointee who is the agency’s associate director of communications, direct the extended census schedule to be removed from the bureau’s website, according to Fontenot’s statement.

July 31: References to “October 31,” the extended end date for counting, no longer appear on the bureau’s webpage about the census schedule.

Aug. 3: The bureau announces all counting efforts are ending a month early on Sept. 30, and the time for processing the count’s results will also be cut short. An internal bureau analysis dated for this day warns “serious errors discovered in the data may not be fixed — due to lack of time to research and understand the root cause.”