US President Donald Trump voted in person in Florida Saturday after the US set a new daily record for confirmed COVID-19 cases.

“I voted for a guy named Trump,” said the US leader after removing his mask upon exiting a polling station in West Palm Beach, near the Mar-a-Lago resort that he officially made his home last year.

Trump became one of nearly 55 million Americans to cast votes early in the election and said it was a “very secure vote. Much more secure than when you send in a ballot, I can tell you that.”

Trump’s in-person vote comes one day after the US recorded nearly 83,000 new cases of the coronavirus, with a further spike expected as the winter months approach.

The president was expected to travel to North Carolina, Ohio and Wisconsin for campaign rallies in an attempt to catch up with his Democratic rival Joe Biden and pull off a 2016-style upset win on November 3.

Speaking at a drive-in rally of supporters in the battleground state of Pennsylvania, Biden warned of a looming
“dark winter” due to the second wave. 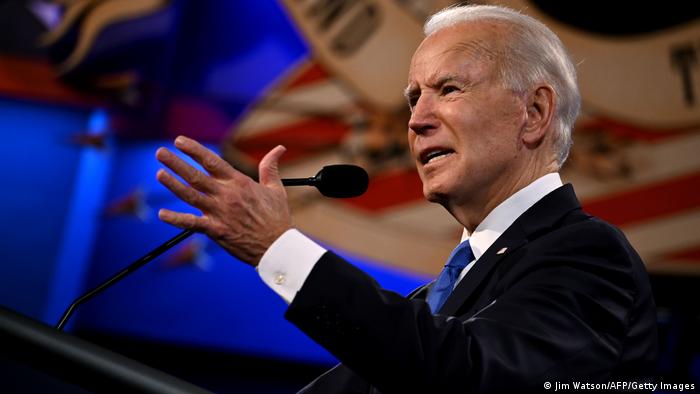 The head of the World Health Organization, Tedros Adhanom Ghebreyesus, has warned of tough times ahead for the countries in the Northern Hemisphere.

“The next few months are going to be very tough and some countries are on a dangerous track,” said the WHO director-general at a press conference on Friday, adding that the region was at a “critical juncture.”

He called for immediate action, warning of “an exponential increase in cases” in many nations.

Maria Van Kerkhove, WHO’s technical head on coronavirus, said the organization recorded about 445,000 new cases in the past 24 hours, nearly half of them in Europe. She said: “the capacity for ICU is going to be reached in the coming weeks” in many cities around Europe.

Germany has reached the grim milestone of 10,000 deaths from coronavirus since the start of the pandemic, according to figures released by the country’s Robert Koch Institute (RKI) — the government body responsible for disease control and prevention.

The number of confirmed coronavirus cases in Germany increased by 14,714 to 418,005, the RKI reported. It’s the highest number of daily new infections in the country.

Chancellor Angela Merkel urged people in Germany again to stay at home and reduce socializing as much as possible.

In Poland, the president, Andrzej Duda, tested positive for coronavirus, Blazej Spychalski, the presidential minister, announced on Twitter on Saturday.

“The president yesterday was tested for the presence of coronavirus. The result turned out to be positive. The president is fine. We are in constant contact with the relevant medical services,” Spychalski said.

A hospital in the Netherlands began sending COVID-19 patients to Germany to lessen the strain on the hospital. The Flevo Hospital in Almere, 30 kilometers (20 miles) east of Amsterdam, sent a patient to Germany via helicopter. This was the first airlift of this kind from the Netherlands to Germany since the pandemic began.

Read more: Coronavirus trend: The pandemic is far from over

Spain is considering reimposing a “state of alarm” which would allow regional governments to implement drastic measures, as the number of new infections continues to rise.

Eight of the country’s 17 autonomous regions have asked the Madrid central government to declare the emergency, newspapers El Pais and La Vanguardia reported.

The reports come just a day after Prime Minister Pedro Sanchez warned of “very hard months” ahead and called for greater discipline in containing the virus, in order to avoid another drastic lockdown.

In Italy, the Campania region has said it would impose a lockdown to stem the flow of the coronavirus. Campania has already closed most of its schools and imposed a nighttime curfew.

Police used tear gas in Naples on Friday evening to disrupt hundreds of people protesting against the push to introduce tougher measures. Daily cases in Italy have jumped sevenfold since the beginning of October.

Belarusian opposition leader Sviatlana Tsikhanouskaya is also self-isolating and will take a COVID-19 test after she met with the Slovenian foreign minister who has since tested positive. 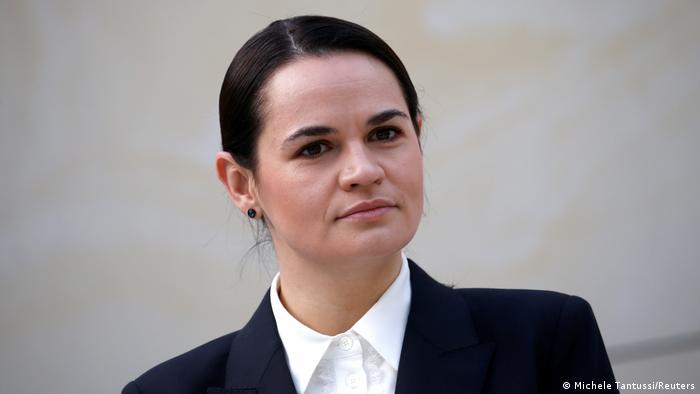 In Ukraine, the mayor of Kyiv Vitali Klitschko said he tested positive, a day before Ukraine holds local elections across the country.

The former world heavyweight boxing champion has been mayor since 2014.

Several other prominent Ukrainians have caught the virus, including former President Petro Poroshenko and former Prime
Minister Yulia Tymoshenko, both of whom recovered.

The Czech Republic has recorded more than 15,000 new daily cases for the first time.  The country now has the fastest-growing number of cases per 100,000 people in the European Union.

In response, people can only leave their homes to work, buy essential items such as food, seek medical treatment, exercise, or visit family.

People trying to leave Wales — which on Friday started a new 17-day lockdown — could be stopped by a police force in neighboring England.

The Gloucestershire Constabulary will patrol roads coming from Wales and pull over drivers they believe are attempting long journeys, and will be asked to turn around if they do not have a valid reason for their travels.

The Welsh lockdown includes a ban on non-essential travel, closed most businesses and forced high schools to go online.

Sri Lanka has closed at least two fishery harbors and several stalls after hundreds of cases were linked to the country’s main fish market.

A market in the capital Colombo was closed down by health authorities on Wednesday after 49 traders tested positive. That number rose to 609 on Saturday. Hundreds of traders and fishermen are now being tested.

Authorities said the outbreak is related to a cluster of cases in a garment factory earlier this month, which has grown to 3,426 cases. That is more than half of the country’s total number of reported cases.

The government issued a curfew in parts of Colombo, including 11 villages in densely populated areas in the Western province.

United States Democratic presidential candidate Joe Biden said Friday that if he is elected to the White House he would mandate that the coronavirus vaccine, once approved, be free of charge to all Americans.

“Once we have a safe and effective vaccine, it has to be free to everyone — whether or not you’re insured,” said Biden during a speech, 11 days before election day.

US President Donald Trump has also said a vaccine should be free to Americans.

Pharmaceutical company AstraZeneca said Friday that it has resumed its US trial of an experimental COVID-19 vaccine. The trial was halted on September 6 after a report of a serious neurological illness in a patient during the company’s UK trial. The drugmaker resumed the trial after the US Food and Drug Association, which monitors the manufacturing of vaccines, said it was safe to do so.

Temporary halts on drug and vaccine testing are very common, as research involving thousands of participants means some are likely to fall ill. AstraZeneca’s US study involves 30,000 people, with some getting the real vaccine and others receiving a placebo. Final stage testing had already resumed in the UK, Brazil, South Africa and Japan.

Read more: US could see half a million coronavirus deaths by end of winter, study warns

In Brazil, regulator Anvisa has authorized a biomedical center to import 6 million doses on the Sinovac coronavirus vaccine, despite President Jair Bolsonaro saying the country would not buy the Chinese vaccine.

The product is currently in phase 3 trials, which are being conducted with the help of a local university. It has not yet been approved for wide use in Brazil.

This is the second agreement to produce the vaccine in Brazil, where four other vaccines are already being tested.

The Brazilian state of Bahia also signed an agreement to conduct phase 3 trials on the Sputnik V vaccine, and plans to buy 50 million doses for the northeastern Brazilian market.

“The medical team at the presidency has advised the president to go into voluntary quarantine for five days starting from October 24,” read the statement released by the presidency on Saturday.

IranAir, the flag carrier airline for Iran, is restarting European flights after they were suspended due to the pandemic. A spokesman told state news agency IRNA that scheduled flights to England, France, Austria, Germany and Italy will resume.