The head of the World Health Organization, Tedros Adhanom Ghebreyesus, warned of tough times ahead for the countries in the Northern Hemisphere.

“The next few months are going to be very tough and some countries are on a dangerous track,” said the WHO director-general at a Friday press conference, warning that the Northern Hemisphere was at a “critical juncture.”

He called for immediate action, warning of “an exponential increase in cases” in many nations.

Maria Van Kerkhove, WHO’s technical head on coronavirus, said the WHO recorded about 445,000 new cases in the past 24 hours, nearly half of them in Europe. She said “the capacity for ICU is going to be reached in the coming weeks” in cities around Europe.

Former US Vice President Joe Biden, who is running on the Democrat ticket for the 2020 US Presidential election, said Friday that if he is elected president he would mandate that the vaccine be free of charge to all Americans.

“Once we have a safe and effective vaccine, it has to be free to everyone – whether or not you’re insured,” said Biden during a speech, 11 days before election day.

US President Donald Trump has also said that a vaccine should be free to Americans.

AstraZeneca said Friday that it has resumed its US trial of an experimental COVID-19 vaccine. The trial was halted on September 6 after a report of a serious neurological illness in a patient during the company’s UK trial. The drug maker resumed the trial after the US Food and Drug Association (FDA) which monitors the manufacturing of vaccines, said it was safe to do so.

Temporary halts on drug and vaccine testing are very common, as research involving thousands of participants means some are likely to fall ill. AstraZeneca’s US study involves 30,000 people with some getting the real vaccine and others receiving a placebo. Final stage testing had already resumed in the UK, Brazil, South Africa and Japan.

Read more: US could see half a million coronavirus deaths by end of winter, study warns

Brazilian regulator Anvisa authorized a biomedical center to import 6 million doses on the Sinovac coronavirus vaccine, despite President Jair Bolsonaro saying the country would not buy the Chinese vaccine.

The product is currently in phase 3 trials, which are being conducted with the help of a local university. It has not yet been approved for wide use in Brazil.

This is the second agreement to produce the vaccine in Brazil, where four other vaccines are already being tested.

The Brazilian state of Bahia also signed an agreement to conduct phase 3 trials on the Sputnik V vaccine, and plans to buy 50 million doses for the northeastern Brazilian market.

A Dutch hospital began sending COVID-19 patients to Germany to lessen the strain on the hospital. The Flevohospital in Almere, 30 kilometers (20 miles) east of Amsterdam, sent a patient to Germany via helicopter. This was the first airlift of this kind from the Netherlands to Germany since the pandemic began.

Read more: Coronavirus trend: The pandemic is far from over

Italy’s Campania region said it would impose a lockdown to stem the flow of the coronavirus. Campania already closed most of the schools and imposed a nighttime curfew.

Police used tear gas in Naples to disrupt hundreds of people protesting against the push to introduce tougher measures. Daily cases in Italy have jumped seven-fold since the beginning of October, jumping to 19,143 on Friday and raising concerns that the pandemic is escalating out of control. Daily deaths have also been climbing all month, totaling 91 on Friday, but far fewer than the height of the first wave in the spring when the peak of daily deaths topped 900.

Italian Prime Minister Giuseppe Conte said he wanted to avoid another national lockdown that could hurt the fragile economy, but regional leaders can establish their own rules when it comes to lockdowns.

Bulgarian Prime Minister Boyko Borissov and three ministers in his government will stay in isolation after a deputy minister they were in touch with tested positive for the virus on Friday. 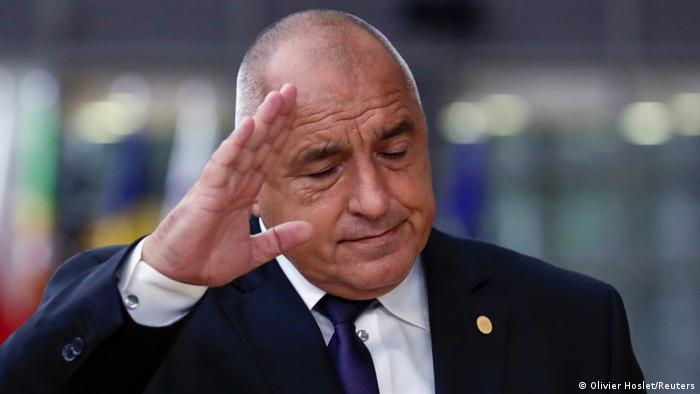 “I am waiting for the orders of the health authorities and until then I will be in self-isolation. I was last in contact with him five days ago,” Borissov wrote in a post on his Facebook page.

Borissov said he tested negative from a test he took earlier Friday before meeting with US Undersecretary of State for Economic Growth, Energy and the Environment Keith Krach.

Cases in Bulgaria have spiked since the start of the month. The country recorded 1,595 new cases on Friday. Health authorities have banned planned operations in regions where infections exceed 120 per 100,000 people and demanded hospitals ensure 10% of their bed capacity be available for COVID-19 patients.

Iranian flag carrier airline IranAir is resuming European flights after they were suspended due to the pandemic. A spokesman told state news agency IRNA that scheduled flights to England, France, Austria, Germany and Italy will resume.