Gov. Andy Beshear reported high numbers of cases and deaths on Thursday — 726 new cases and 14 deaths, bringing the state’s totals to 41,626 cases and 856 deaths. Twenty of the new cases were children 5 and under. 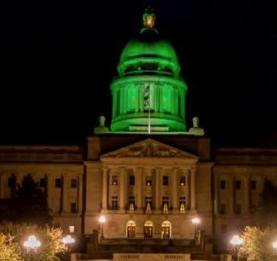 “Today’s report is good news and bad news. This virus is still out there and still aggressively spreading,” said Beshear. “But our positivity rate is now down to 5.18 percent, which is headed in the right direction.”

As of Thursday, there have been at least 794,282 coronavirus tests performed in Kentucky. The positivity rate currently stands at 5.18 percent. At least 9,388 Kentuckians have recovered from the virus.

For additional information, including up-to-date lists of positive cases and deaths, as well as breakdowns of coronavirus infections by county, race and ethnicity, click here.

Cabinet for Health and Family Services Secretary Eric Friedlander reminded Kentuckians of the importance of completing the 2020 census at 2020census.gov or by calling 844-330-2020. 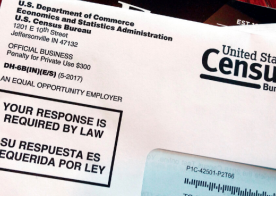 Kentuckians most comfortable in a language other than English can find multilingual census phone numbers here. At last count, 66.2 percent of Kentuckians have completed their census questionnaires. The deadline to submit once-per-decade census forms is Sept. 30.

“Our hospitals, health care providers, social service agencies, housing authority and other organizations receive grant funding based on the number of people and the demographics of the population they serve. Let’s not leave their supplemental funding on the table,” said Friedlander. “Furthermore, congressional and state legislative seats are based on population, which means if we don’t complete the census, we threaten our ability to be heard in Washington and here in Frankfort.”

Friedlander updated Kentuckians on the accomplishments of the Kentucky Department of Aging and Independent Living (DAIL) since the beginning of the COVID-19 pandemic.

“For Kentucky’s 900,000 plus seniors ages 60 and up who live independently in our communities, nutrition has often been an issue,” said Friedlander. “For some of these vulnerable Kentuckians, it’s been a matter of transportation. For others, it’s been about not having enough money to pay for basic needs. For still others, they have had difficulty preparing meals. None of this is what we want for our seniors.”

“DAIL has provided senior center meals and home-delivered meals thanks to the passage of the Older Americans Act in 1965. For some, this is their only meal of the day,” said Friedlander. “This is one of those success stories that should make us all proud to be Kentuckians.”

Friedlander highlighted that senior meals are another program supported by census completion.

“Federal funding for senior meals is based off of our census numbers. Let’s ensure Kentucky has increased funding to feed seniors as we are one of the fastest aging states in the nation,” said Friedlander.

Kentuckians who are interested in supporting seniors in their communities can reach out to local senior centers to volunteer to deliver meals. Kentuckians ages 60 and older who need meals may call the Aging and Disability Resource Center at 877-925-0037. 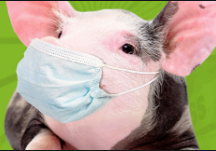 The Governor thanked the members of the Kentucky State Fair Board for their hard work to design a fair that would keep many traditions alive while also ensuring the safety of Kentuckians. The participants-only Kentucky State Fair runs until Saturday, Aug. 29.

“Although this year’s fair looks different, it continues to highlight Kentucky’s premiere agriculture and equestrian industries,” said Beshear. “With nearly 76,000 farms and over 240,000 horses in the commonwealth, the state fair has a long history of celebrating the best Kentucky has to offer.”

August is Immunization Awareness Month, and Beshear reminded Kentuckians of the importance of keeping themselves and their families up to date on vaccinations. The Governor shared an informational video on the topic as well, from Foundation for a Healthy Kentucky, which can be viewed here.

“One of the things that happened while we were all sheltering at home this spring and early summer was a big decline in vaccinations among Kentuckians,” said Beshear. “The rates have come back up as families feel safe going back to their physicians’ offices, but we’re still quite a bit behind where we need to be. And we’re about to enter into flu season, when getting our annual flu shot is vitally important to keeping our immune systems strong.”

When people get vaccinated, they not only protect themselves from a disease, but they also prevent themselves from spreading it to others who may be more vulnerable, including infants, seniors and people with compromised immune systems.

Dr. Steven Stack, commissioner of the Kentucky Department for Public Health, also recently encouraged Kentuckians to keep their vaccinations up to date and especially urged them to get a flu shot this fall, citing the need to maximize hospital capacity in case of a COVID-19 surge.

“Get your flu shot. We need everyone to do this. We have to keep influenza as suppressed as we possibly can,” said Stack. “In a bad year with influenza, our hospitals are strained just keeping up with flu patients.” 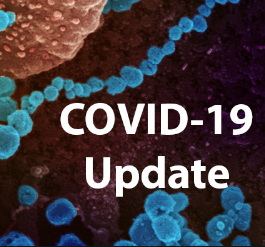 ▪ Beshear announced that the state is applying for a federal grant to extend additional unemployment assistance. He said the jobless will receive $400 on top of their regular benefits, retroactive to July 26, when the original $600 weekly bonus benefit ended. The grant will cover three weeks of benefits, he said, but because of complications in obtaining and releasing the money, people likely won’t see a check until early September.

▪ The Washington Post reports a growing movement challenging anti-maskers: “In a country stumbling to control a rampant and deadly virus, masks are effective and popular weapons. Three-quarters of Americans favor requiring people to wear face coverings in public to stop the spread of the novel coronavirus, including 89 percent of Democrats and 58 percent of Republicans, according to an Associated Press-NORC Center for Public Affairs Research poll in July.” The story notes that while majorities support masks, anti-mask forces have been much more vocal.

▪ The Herald-Leader reports on what it’s like for kids with COVID-linked multisystem inflammatory syndrome, with one parent saying it was like a trip “through hell.”

Last week, Thoroughman told the legislative panel that seven Kentucky children have been diagnosed with this syndrome, but none have died from it.

▪ “The World Health Organization warned Tuesday that young people are becoming the primary drivers of the spread of the novel coronavirus in many countries, a worrisome trend experts fear may grow in the United States as many colleges and schools begin to reopen,” William Wan and Moriah Balingit report for the Post.

▪ Research from the Children’s Hospital of Philadelphia, published in the journal Clinical Infectious Diseases, looked at the association between the timing of emergency declarations and school closings, and found that each day of delayed intervention lead to a 5 to 6% increase in risk of death. “Our analyses demonstrate that states that issued emergency declarations earlier helped curb the spread of the disease. These results confirm how important it is to implement social distancing measures early to reduce covid-19 deaths.” lead author Nadir Yehya said in a news release.
·

Death toll from COVID-19 in B.C. reaches 200, as case numbers continue to surge